Flow & Solutions: Flow has been touted as a replacement for the CDS/D365 CE workflow since its inception and Since last July Microsoft has even put a recommendation alert suggesting to instead create flow when you try to create a workflow.

CDS (Current Environment) connector has a couple of features which is only available through this connector. they simplify and make it easier to build flow. Let’s do a deeper dive and look into the features and capabilities of the CDS solution aware connector.

How do I access it:  CDS (Current Environment) connector is only available when you create a flow from a CDS/D365 Solution. 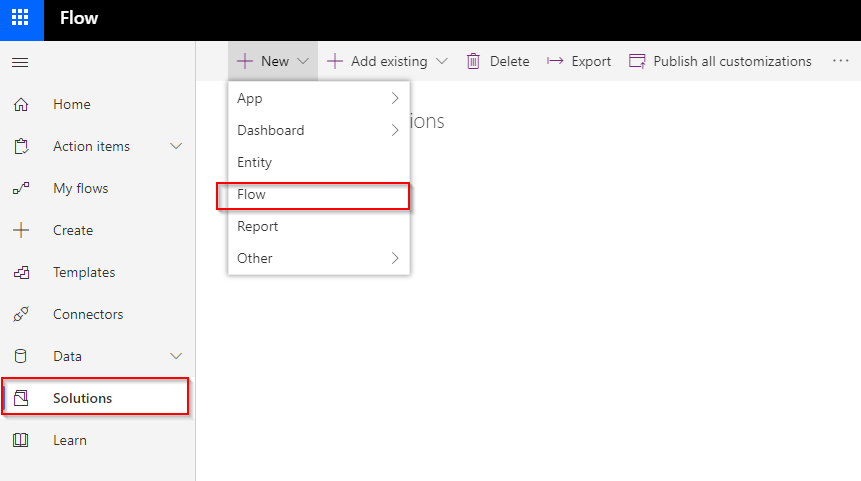 Triggers: with Solution connector, there is only one trigger with different permutation combination of create, update, delete. This helps with organization as now you can have one logic app to trigger the different events rather than having duplicate logic apps doing the same thing.

Actions: The solution CDS connector has introduced a couple of new Actions which makes it a lot easier for new build flow. The new actions with the exception of Predict bring web API operations to Flow.

But as the feature is based on the web API method, it requires parameters in the same format.

You may compose the URL in expression using the Record Id or perform a “Get a Record” action which in turn includes record Odata URL in output(OData Id). 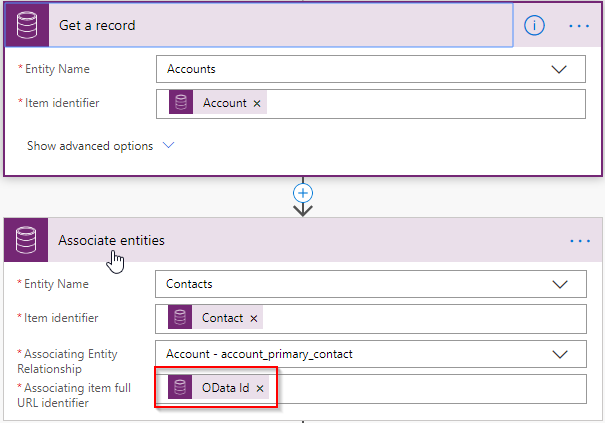 Based on the action being triggered, the action input parameter options are presented and the action output parameter could be used in subsequent Flow actions. Flow doesn’t enforce the requirement constraint of the parameter but instead, you will get an error at runtime if a mandatory input value is not supplied.

The available options are based on web API action reference, You can find the complete list of supported/available unbound actions here. 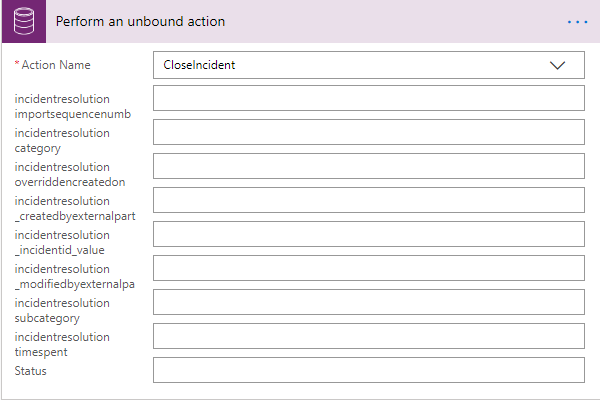 The new actions have 3 new options: 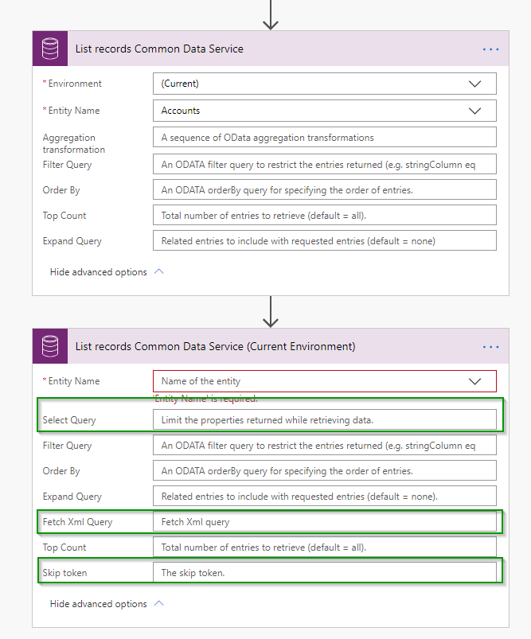 I am quite excited with what the future Holds for FLOW and CDS, It has come a long way since the Flow solution support was announced last year, there is still some distance to cover adding support for Flow Buttons to solutions.

I hope the CDS solution connector is made available for LogicApps soon as it will greatly simplify and reduce actions count in while building Integrations.